5. Medals of the Valor

6. Medals of the Sickle

These are the current and former leaders of the People’s Imperial Confederation. They are some of the most elite commanders in the community. If a leader has led for less than a week, the leaders can vote to remove him or her from the list.

These people are the most remembered troops and leaders in the Confederation’s history.

Being the creator of the People’s Imperial Confederation on October the 17th 2019, Sidie9 lay the foundations of what would become a significant contender in the Club Penguin army community. Founding an army with a unique sense of identity and values, Sidie was the architect and visionary of the Confederation. The People’s Imperial Confederation began as a splinter army from the Army of Club Penguin, as Sidie had believed ACP lost its sense of identity and morality. Built in her image, PIC became an army home to those seeking to prove themselves as leaders and soldiers, inspired by the Army of Club Penguin that Sidie had once been raised in. With Sidie’s extensive history as a leader, having lead the Army of Club Penguin in 2015, she led the Confederation alongside Proditor and Manu in October and November of 2019 effectively and strongly, also serving as a mentor to Manu in his early days as Commander. PIC would soon crumble in November due to internal struggles, yet the army saw great success in the midst of the ACP/RPF duopoly. PIC would later return, and Sidie9 along with it. Under the leadership of Sidie, Manu and LuckyLuigi, the Confederation has seen rapid growth not seen in the army’s history. Later on in the generation, she would lead the army through World War Rewritten. Furthermore, she fought alongside Commanders Phoebe and Emma in The Great Resistance against RFCP and the Challengers Cup, in which the Confederation reached the finals. Sidie9 was indeed a visionary, creating an army which serves as grounds in which people may prove themselves, and an army with a strong sense of identity and a love for their community. 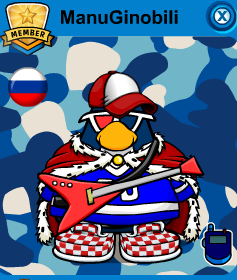 Manu first joined the People’s Imperial Confederation within the first weeks of its creation after stumbling across the army’s Discord server. Having previous experience in armies, although being an unknown name in the community, Sidie9 awarded Manu with a moderator rank upon enlistment. A determined soldier and an effective recruiter, Manu quickly rose to obtain the rank of Second in Command. During Commander Proditor’s leave of absence, Manu was named Acting Commander-in-Chief alongside Sidie, proving his adaptability and initiative. For this he was awarded the first Medal of Honor in PIC’s history. After being named the third Commander in Chief following Proditor’s retirement, Manu later led alongside Sidie in an admirable war campaign against the Army of Club Penguin. With the revival of PIC in March 2020, NotManuGinobili proved once again to be a fearless leader and warrior, unwilling to falter in the wake of threats and challenges. Manu is the epitome of the Confederation’s spirit. It is not where you come from, or the experience of your past that defines you, it is how you act in the present. 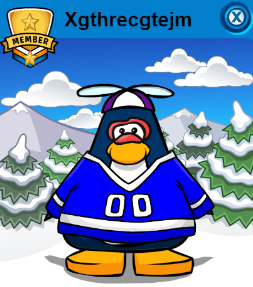 Proditor first joined alongside Sidie9 to assist in the creation of the People’s Imperial Confederation on October the 17th, 2019. A hard working and strategic leader, Proditor proved to be an effective Commander-in-Chief of the Confederation during its early stages of growth. He soon stepped down to General-polkovnik/2ic however due to unfortunate troubles he had to tend to in his personal life, and was succeeded by NotManuGinobili. Proditor would later rejoin the army in its second iteration as General-polkovnik, while serving in Confederate intelligence organizations and playing an important role in diplomacy with other armies and groups, such as with the Recon Federation during The Great Resistance. With unwavering loyalty and unbreakable spirit, Proditor is among the most loyal members in the Confederation’s history, having seen the army rise and fall many times throughout his tenure, yet still carries on and upholding the spirit of the community. Proditor is a true loyalist with a heart of gold.

Emma first joined the People’s Imperial Confederation in the early Spring of 2020 when the army saw its revival. As General-polkovnik (2ic), Emma was a huge morale boost for the Confederation, taking pride in organizing fun events for soldiers and keeping the community spirit alive. Following World War Rewritten and NotManuGinobili’s sudden departure, Emma was promoted to Commander-in-Chief of the Confederation alongside her counterpart Phoebe, leading alongside the incumbent Commander Sidie9 also. It would not be long before she faced her first challenges, which Emma overcame with grace. Emma took a firm approach to the conflicts of The Great Defense, while also making pragmatic concessions when deemed necessary to preserve the image of the Confederation. Alongside her co-leaders, Emma led PIC to the highest sizes in the army’s history, maxing 25 and averaging a constant 18-20+ throughout the Challengers Cup. Following a multilogging scandal incited by Earthing, the Confederation faced a dramatic fall, and began being attacked by the Pizza Federation, Templars and Red Ravagers in The Motherland/Confederation Wars. Facing invasions on 3 fronts in PIC’s darkest hour, Emma led alongside Phoebe, while Sidie9 had taken a leave of absence, against PIC’s enemies. Never faltering or giving up hope, Emma fought valiantly against all odds. Emma truly embodies the spirit of PIC, promoting fun and community, yet being an unfaltering leader on the battlefield.

Phoebe enlisted in the People’s Imperial Confederation as General-polkovnik (2ic) soon after the return of the army in early 2020. An extraordinary member of the High Command, Phoebe was benevolent, taking charge while also maintaining her friendly and approachable demeanor. Phoebe’s presence in the army’s structure was soon reinforced, as she swiftly became an inner member of the army’s Security Bureau, one of the most influential organizations within the Confederation, taking part in the discussion of the army’s future and and setting into motion plans for the Confederation. Once Commander-in-Chief NotManuGinobili had abruptly departed the army during World War Rewritten, Phoebe was promoted to leader alongside her fellow 2ic Emma. Under the leadership of Phoebe and her counterparts, the army began to prosper like never before, constantly reaching sizes that were records for the army, during The Great Resistance period and the Challengers Cup tournament. Following a massive drop in size due to scandal, Phoebe led the army valiantly through the turbulent Motherland/Confederation Wars, at one point holding the army together single-handedly with both Emma and Sidie9 absent. Phoebe demonstrated the utmost courage and strength during the Confederation’s darkest hour, seeking to preserve the community that many hold so dear. 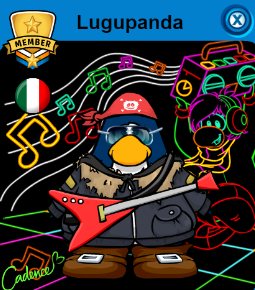 Legend biography to be written. 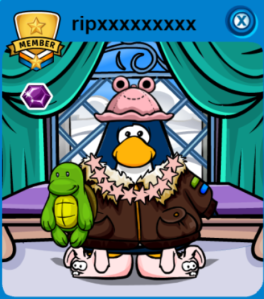 Legend biography to be written.

The Medal of Honor is an award given to comrades who have exhibited outstanding performance beyond the call of duty in the People’s Imperial Confederation. For a medal to be awarded, a majority of the Congress of Soviets must vote in favour of awarding it to the particular individual. In alphabetical order:

The Medal of Camaraderie is awarded to only the most dedicated and outstanding members of the People’s Imperial Confederation who have made immense contributions to the growth and preservation of the community. This is accomplished through acts such as intense recruiting, maintaining the joyous atmosphere of the community, among a plethora of other positive contributions to the army. To receive the Medal, the leader(s) must bestow it upon the recipient.

This medal is bestowed unto loyal and hard working members Confederates for valiant and honorable services to the Confederation during dire times of need, often doing so unprompted or without direct order from their Commander(s)-in-Chief. To receive the Medal, the leader(s) must bestow it upon the recipient.

Medals of the Sickle

The Medal of the Sickle is awarded to distinguished officers and soldiers of the People’s Imperial Confederation. Their services to the Confederation and their accomplishments are to be recorded. They are awarded this medal for their loyalty and extensive contribution. In alphabetical order:

The Medal of Service is awarded to hard working members of the People’s Imperial Confederation, both soldiers and officers. Recipients must have served at lead one year as an active member of the Confederation while embodying love, compassion and hard work amongst other traits of true Confederates. In alphabetical order:

Named after Sidie’s puffle Ivan, the Comrade Ivan Award is given to show recognition and respect to some of our most loyal and hardworking troops. The Comrade Ivan Award will be given out once a week to one person the High Command decides has exhibited the most effort, valiance, hype, activity and other valuable traits. In sequential order: